Ah! What a weekend.

Rosalie’s sisters wanted to do something for Rosalie’s BIG birthday. So, they invited her down to Victoria where all five of them could get together and misbehave. In the meantime, my two brothers-in-law headed my way.

Vic was visiting a friend in Campbell River so we didn’t see a lot of him, but Gordie had made a new chiminea for me and we wanted to put that together so he stayed with me at the trailer.

Rosalie and I had decided on wings for Gordie’s first night here so she put some in the fridge to thaw out. Unfortunately, it was a big bag. We cooked some on the egg and they were great. The problem was that we had to use up the rest of them.

On Friday the two of us went to Comox to pick up supplies. On the way back we stopped at the Fanny Bay Inn. We spoke to Vic just before we got there so invited him and his friend, Larry, to join us. Which they did about 30 minutes later. Eventually, after about two hours, we all went back to the trailer and finished up the party, but we couldn’t get them to stay to share the wings. So, Gordie and I had to have another go at them.

Vis was going to come over on Saturday so great, we had lots of wings left, or so we thought. When we checked we found that we didn’t have enough, so, instead of driving into town I pulled some chicken legs from the freezer.

Vic arrived the following day and told us that he couldn’t stay for dinner as his wife was having a dental issue in Victoria. Great! Now we have too much chicken again. Before he left the neighbours and some friends dropped by, some wine was consumed and we had a great time.

I had told Rosalie about the wing problem so when I called her the next morning she wanted to know if we were having wings for breakfast, which Gordie and I found hilarious.

That afternoon Rosalie and Gordie’s wife Giselle showed up in the middle of another get-together with the neighbours. We cooked a pork roast on the egg (no more wings for a while) and once again had a great time.

The chiminea is a thing of beauty. Stainless steel and works great. Gordie did a fantastic job as usual. 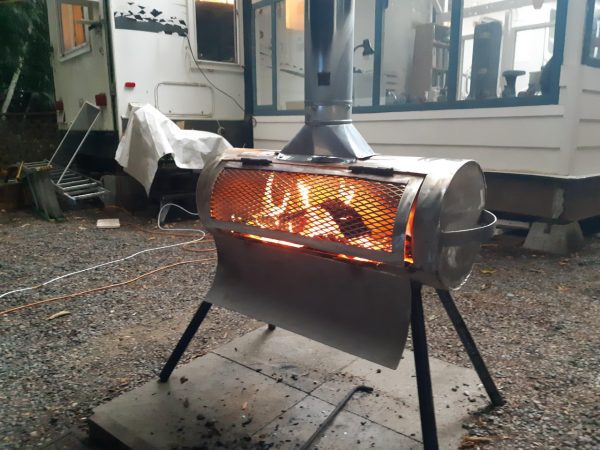 My hand is getting a lot better. I was at the hand clinic as well as the surgeon’s office today and they were both pleased. I only have to wear the splint at night now, a great relief. 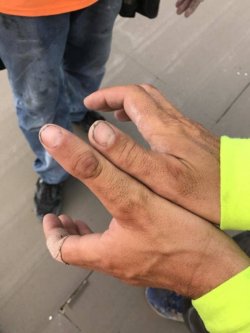 I’m not so sure of the results though.

One thought on “Wings”